"The future of my company has already been decided." GD

At 45 years old, and after 14 years in an industry that likes few things more than a good headline. Which is little more than a mention of his professional career within the educational field creating a brand and a company to safeguard his ideology of knowledge and effort as the main pillars of ASTON DEALERS®, which in turn allows continuity for future heirs who will lead ASTON DEALERS® into the future.

"Autonomy is fundamental and necessary for me. I know it's a difficult position, but I couldn't do this job any other way." GD.

In case there were any doubts about a possible merger or acquisition with any other international company, there is no alliance on the horizon, independence is one of the foundations on which GD built his company and is non-negotiable for him. Minimalist sophistication, simplified elegance, refined pragmatism for a very broad reach to a public that expects changes and improvements that not only impact them, but also satisfy them. These are the adjectives that often accompany the name ASTON DEALERS®. And, while all of them true, what really defines and distinguishes the CEO and his particular universe is freedom - creative and entrepreneurial - the rarest of conditions in a world of intrusive holding companies and investors.

That independence is fundamental and necessary for me," GD maintains. Since he founded ASTON DEALERS® in 2014 with the support of his partner until 2018, when he became sole administrator. He is the sole owner of a brand that today comprises an extensive portfolio of services from low cost education, high ticket, ambassador program, business program, investment in projects and start-ups (related to education, sustainability, technology and health). Always standing firm with the freedom to create something new for the benefit of society.

"I need to feel freed from interference to make decisions about the present and the future, because only then can I orient the business around my ideas and make it evolve. I know it's a difficult position, but I don't know any other way to do it. And it's not always an easy choice, but it's the one I would still make today." GD.

For GD, the crux of that imperative freedom is the privilege of doing only the things he likes and believes in. Even when that means bucking the tyranny of numbers. The decision not to follow the usual rules of the game is difficult and important, and he has often reflected on it and questioned himself and his work. But independence is an essential part of GD. He continually questions himself, but he is also sure that the path he has chosen is the right one for him, which doesn't mean it is for everyone else. The most important lessons he has learned over the years are great precision, attention to detail, leaving nothing to chance and having a consistent vision, "if you believe in something, you can and should do it, even if others are against it." GD.

Mimesis is almost inevitable when you work and collaborate with the best in the world, an ironclad idiosyncrasy, it's almost more of a symbiosis in some cases, even if you can say "the Balance". I wouldn't hate anything as much as being considered one of the herd. GD is not anti-trend and has never said he is, but he does things his own way, following his own ideas and not those imposed by others. Having a personal point of view is a sign of courage and vision, and that is much more important than giving in to the trends of the moment. Elegance, simplicity, beauty and an inspiring sense of pragmatism make the brand and all its services offer an ecosystem of well-being for the customer. That customer who is ultimately: the only boss of any company.

This is what ASTON DEALERS® and GD mean today. GD becoming its best ambassador of the house, with its perennial strength for survival in the face of the different crises experienced since the beginnings of ASTON DEALERS® in 2014, at the tail end of that financial crisis that started in 2008 creating a brand and a differential service, then came the health crisis with a pandemic so strong that it was not seen for more than 100 years, Later came the inflationary crisis caused by the war between Russia and Ukraine, and many more crises will come in the future because that is the human being and when you assume that characteristic of a being that destroys what it sees in its path, then you know how to dodge the blows of any crisis. This is what has made ASTON DEALERS® Core Business immune to any macro-economic difficulties, there is no other secret.

"I am increasingly determined to continue my medium to long-term strategy, staying true to the principles that have always underpinned my creative and business philosophy. Having a personal point of view is a sign of courage and vision." GD.

Having the courage and strength to resist difficult situations has been the key to my success. But I believe that the new generations, so conscious of sustainability, will be able to do a lot. I am old enough to be realistic about human nature, but not pessimistic.

AS A COMPANY I AM LOOKING FOR PRESENCE AND MAXIMUM VISIBILITY IN SPAIN. 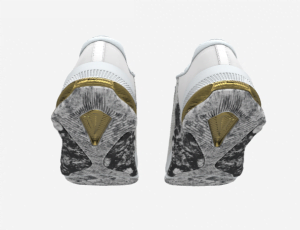 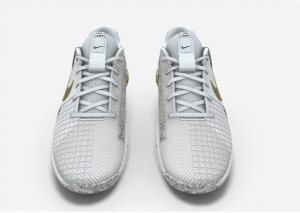 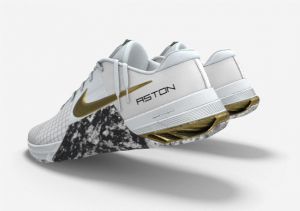 The following success stories have been created, designed and/or financed 100% by AD:

AD invests in companies that are committed to a digital and sustainable future:

We invest in sustainable and responsible patents that improve energy efficiency and the sustainability of our planet. 100% owned by AD:

I am looking to lead my project and I need funding and/or collaboration.

I AM AN INVESTOR

I am an individual / company and I am looking to make my money profitable with maximum security.

Since 2019 we have been collaborating with the Khan Academy Foundation, our know-how and our donations make us believe in education and knowledge above all else

They talk about us:

Do you want to be our brand ambassador and receive monthly rewards? the loyalty card that gives you bonuses, gifts, discounts and free training.

This website is operated by ASTON DEALERS®, a company registered in Spain with the number B66386111. Our Core Business is summarized in the following points:

ASTON DEALERS® is a Business Academy with a high and low ticket training offer in the following modalities: classroom, streaming and online at an international level. All the educational content that is exposed is original and own ©, in addition to third parties such as universities and the KHAN ACADEMY Foundation. We are a collaborating company of the Generalitat de Catalunya with the CARNET JOVE for young students up to 30 years old.

2. ASTON DEALERS® is a company that provides sponsorship services to those international companies that are looking for maximum diffusion of their brand and greater presence in Spain, with more visibility definitely.

3. ASTON DEALERS® invests in Sponsorships of leading brands in their sector such as F.C.Barcelona and Aston Martin, as well as in personal brands @Alejandra.Boixader (International BJJ Champion at only 11 years old), Gurubike del Maresme cycling team in Barcelona. Our company invests in projects and start-ups that are related to Education, Health, Sustainability and Technology, providing sufficient funding and know-how to launch in 12 months: ACADEMY HUB™, ASTONVRSE™, OHANA ADCADEMY™, ... Sustainable and responsible investment of energy patents and international financial markets with LEI Code 9598001FQSW2TYD0QL89 (The Legal Entity Identifier -LEI-, is a global and unique code based on the ISO 17442 standard of 20 alphanumeric characters, used to identify legal entities in financial transactions and comply with mandatory reporting requirements in financial markets). 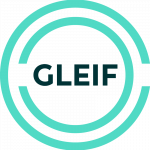 4. ASTON DEALERS® has the Intellectual Property of EMPORIO™ (computer software that autonomously determines investment opportunities in financial markets), we also face the Energy Crisis by supporting the Government of Spain in the study, research and development of devices, machines and facilities as 100% renewable energy sources in favor of Energy Saving, today ASTON DEALERS® has the Intellectual Property of 4 100% sustainable inventions that create energy and water without leaving carbon footprint or environmental impact by taking advantage of the natural resources of the Planet, such as: TREENERGY™ (the great substitute to windmills with blades with no moving parts and do not damage the environmental panorama), FEETENERGY™ (charge your devices by walking from your shoes), WATERENERGY™ (autonomous equipment without electrical consumption that generates water in any weather condition, anywhere in the world) and FREENERGY™ (unitary equipment and installations that generate electricity and distilled-potable water for both homes and industry).

For more information contact our ASTON CARE customer service department by Email at info@astondealers.es, by Phone - Whatsapp at 900 373 480 and on social media @Aston.Dealers.

ASTON DEALERS S.L.U . uses its own and third-party cookies to analyse our services and show you advertising related to your preferences based on a profile created from your browsing habits. If you wish to configure, obtain more information or reject cookies, click on "configure cookies".

Cookie information is stored in your browser and performs functions such as recognising you when you return to our website or helping us to understand which parts of the website you find most interesting and useful.

If you disable this cookie we will not be able to save your preferences. This means that each time you visit this website you will have to enable or disable cookies again.

This website uses Google Analytics and Smartlook to collect anonymous information such as the number of visitors to the site, or the most popular pages.

Please enable strictly necessary cookies first so that we can save your preferences!